Margaret of Castello is now a Saint 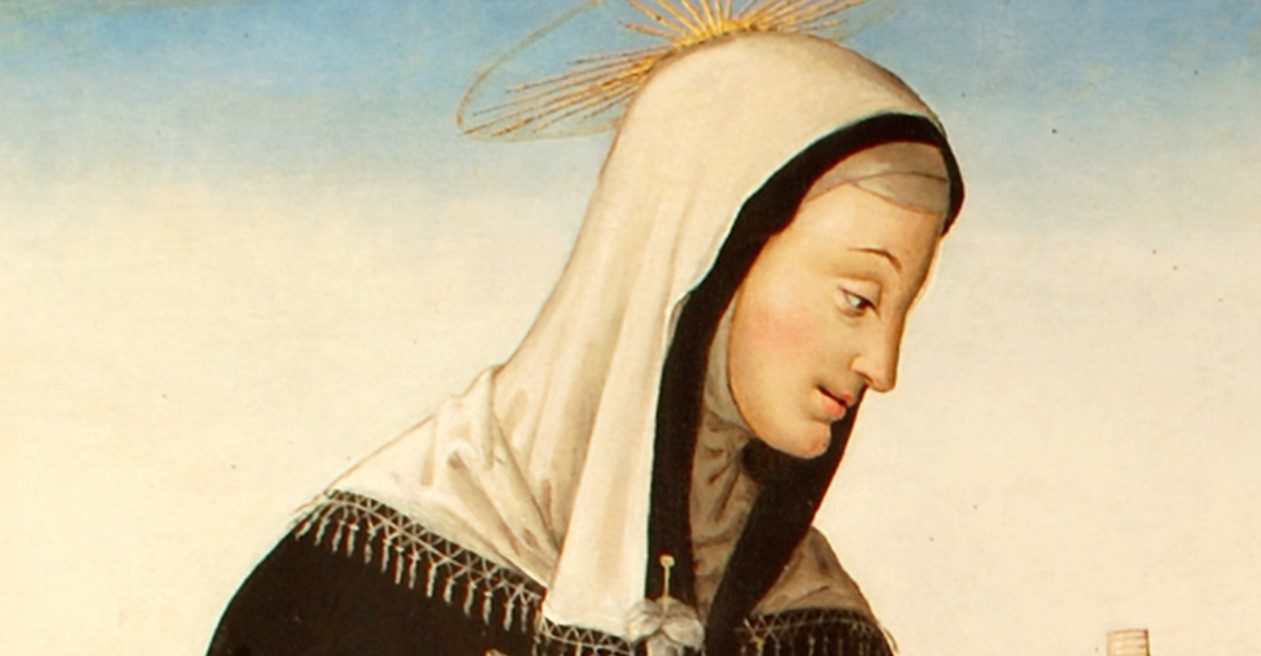 On 24 April 2021, our Holy Father Pope Francis approved the equipollent canonization of Blessed Margaret of Citta de Castello (1287-1320), lay Dominican and Virgin. The following was published on the official website of the Holy See Press Office:

"On 24 April 2021, the Holy Father Francis received in audience His Eminence Cardinal Marcello Semeraro, prefect of the Congregation for the Causes of Saints. During the audience, the Supreme Pontiff confirmed the conclusions of the Ordinary Session of the Cardinals and Bishops, members of the Congregation, and decided to extend to the universal Church the cult of Blessed Margaret of Città del Castello, of the Third Order of Saint Dominic, born around 1287 in Metola, Italy, and died in Città del Castello, Italy, on 13 April 1320, inscribing her in the book of Saints (equipollent canonisation)."

Who is Saint Margaret?

Margaret was born around 1287 in the castle of Metola, in Massa Trabaria (on the border between Umbria and Marche), not far from Mercatello del Metauro, in the territories of the Church. Her father Parisio was the lord of the castle and was called 'cattano' (captain), a title that had already belonged to his ancestors; her mother's name was Emilia. But the child was born blind and deformed, and her noble and rich parents could not bear a disgrace that offended the family's pride. So the father locked up his daughter in a cell next to the castle church so that the "shame" would remain hidden from the eyes of the world. The little girl accepted this decision without rebellion and kept her serenity intact. She spent her early childhood in solitude, devoting herself to prayer and contemplation, in communion with God, in profound quietness and peace of mind.

After a short stay in a castle on the Metauro river, which had become necessary due to military upheavals in the region, her parents took her to Città di Castello, to the tomb of James (†1292), a lay Franciscan monk who had died recently in a state of sanctity. They hoped that he would be able to heal their daughter, but the long-awaited miracle did not happen. Having failed in this extreme attempt", the fourteenth-century biographer recounts, "they abandoned her in Castello, 'without pity, alone, without providing for her, deprived of all human help'.

For some time the helpless girl led a stray life, begging for bread, then found refuge in the small town monastery of St Margaret. But this was only a brief interlude, because her conduct of life, the very strict asceticism she observed and her admonitions aroused the envy of the nuns. Unable to compare with her unrivalled example, the nuns banished her from there as well, with many insults and offenses. After this umpteenth betrayal, Margaret was finally taken in by a deeply pious married couple, Venturino and Grigia, who reserved a small room for her in the upper part of their home, so that she could freely devote herself to prayer and contemplation. Their generosity was to be rewarded by Margaret, who placed her exceptional charisms at the service of her adoptive parents and their circle of relatives and friends. She devoted herself to the formation and Christian education of the children of her benefactors, was a gentle and authoritative guide for many people who turned to her for advice and comfort, and on more than one occasion protected her friends from grave dangers. She also cared for the poor and wretched of the city. Despite being blind and crippled, she managed to be a compassionate sister to all the unfortunate.

In Grigia and Venturino's house the girl spent the rest of her short and simple life, dividing her time between prayer, contemplative life and active charity. She always fasted, hardly ever slept, and when she did doze off she lay on the floor and never on the bed. By sharing in the sufferings of Jesus, Margaret felt bound to her heavenly Bridegroom, identified with him, and this life of union gave her ineffable security and joy. After putting on the habit of penance of the Preaching Friars, she went daily to their church, where she made her daily confession and participated with great devotion in the Eucharistic celebration. Often, he had wonderful raptures during the mass. When her illness worsened, she summoned the friars to receive the ecclesiastical sacraments, gave thanks to God and died in perfect serenity of spirit on 13 April 1320: Margaret was 33 years old.

What is an equipollent canonization?

An Equipollent or Equivalent Canonization is different from the usual Canonization process. The Pope exercises this power—not without serious and prayerful discernment and diligence, of course—when the ‘cultus’ or longstanding veneration of a certain holy man or woman is proven to be long established and well-entrenched in the life of the faithful, as in the case of St. Margaret who died 700 years ago. In an Equipollent Canonization, the Pope orders that the veneration of the Blessed be extended to the whole universal Church (meaning, liturgical worship in her honor, offered anywhere in the world, is authorized). Consequently, the name of that Blessed is inscribed in the Book of Saints; thus, an equivalent canonization.

The same mode of canonization was conferred upon the Dominican saints Albert the Great (1931) and Margaret of Hungary (1943).